Today more than ever before, it is time to act against NATO. Indeed, a massive increase in the defence budget in the USA, in China and in numerous European countries, as well as a new nuclear arms race coupled with a significant increase in international political tensions (US, China, Russia,…) indicate that the worst is probably to come. However, it is not too late to act to avoid it.

As usual, decisions taken during this summit conference will happen away from the main people concerned: people from all over the world who will, time after time, be subjected to the war machine called NATO. It is crucial for citizens to take their place and make their voices heard through mass rallying and active resistance until NATO is dissolved.

Our resistance to this summit conference will live up to the threat we face: multiple, creative, constructive, and just as radical. We commit to being the grains of sands that disrupt the war machine, and, with that aim in mind, to acting calmly yet relentlessly.

Our nonviolent direct actions and civil disobedience, whether in Brussels or anywhere else, will reflect the wide diversity of our movement. We clearly oppose any attempts to use our movement to nationalistic, reactionary, or violent ends.

Not only do we fight militarism, we also oppose any oppression, whether social, gender-related or racist. We are aware that we may susceptible to them, and we will do everything we can to avoid reproducing the patterns we are fighting against during our actions and within our organisation.

We commit to respecting this consensus for action and to guaranteeing the security of everyone, and we will avoid putting anyone in danger.

We stand in solidarity with all those who fight against any form of oppression and injustice, in Brussels and anywhere else our actions will take place. 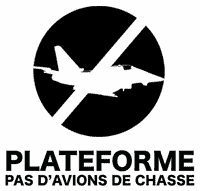 Scroll Up
We use cookies on our website to give you the most relevant experience by remembering your preferences and repeat visits. By clicking “Accept All”, you consent to the use of ALL the cookies. However, you may visit "Cookie Settings" to provide a controlled consent.
Cookie SettingsAccept All
Manage consent

This website uses cookies to improve your experience while you navigate through the website. Out of these, the cookies that are categorized as necessary are stored on your browser as they are essential for the working of basic functionalities of the website. We also use third-party cookies that help us analyze and understand how you use this website. These cookies will be stored in your browser only with your consent. You also have the option to opt-out of these cookies. But opting out of some of these cookies may affect your browsing experience.
Necessary Toujours activé
Necessary cookies are absolutely essential for the website to function properly. These cookies ensure basic functionalities and security features of the website, anonymously.
Functional
Functional cookies help to perform certain functionalities like sharing the content of the website on social media platforms, collect feedbacks, and other third-party features.
Performance
Performance cookies are used to understand and analyze the key performance indexes of the website which helps in delivering a better user experience for the visitors.
Analytics
Analytical cookies are used to understand how visitors interact with the website. These cookies help provide information on metrics the number of visitors, bounce rate, traffic source, etc.
Advertisement
Advertisement cookies are used to provide visitors with relevant ads and marketing campaigns. These cookies track visitors across websites and collect information to provide customized ads.
Others
Other uncategorized cookies are those that are being analyzed and have not been classified into a category as yet.
Enregistrer & appliquer